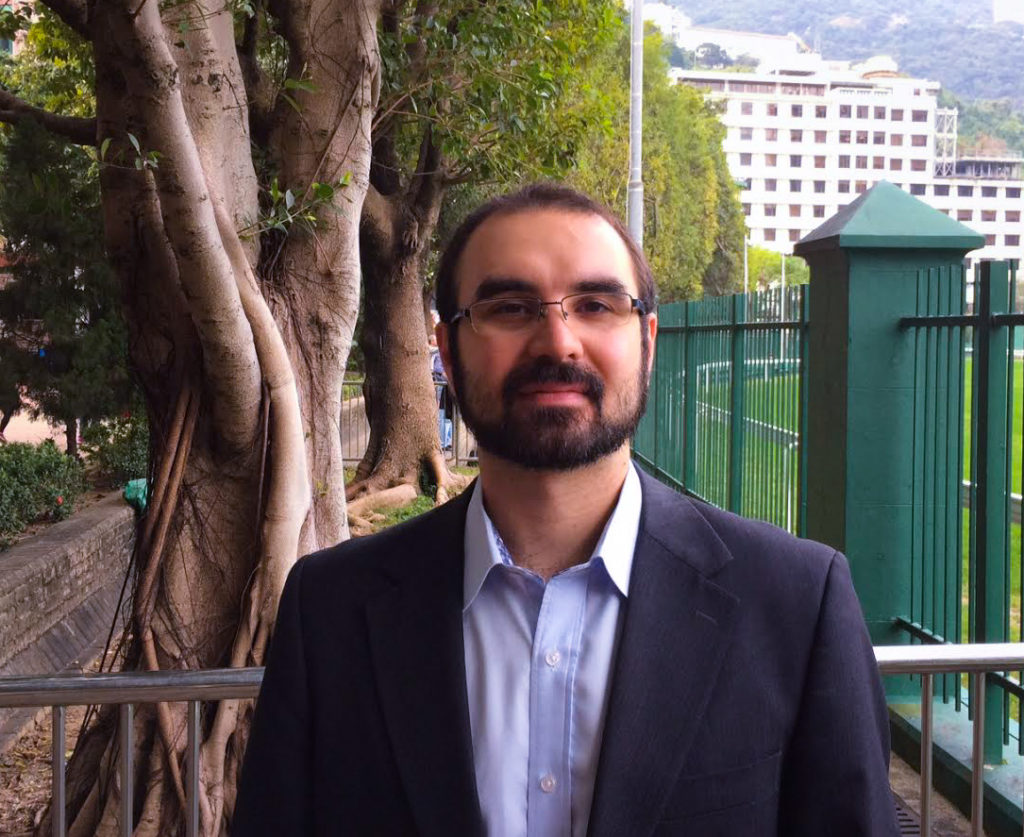 (Disponible en Français) « Accompany to grow professionally. » This is the David Daoud motto, principal consultant at Maltem Consulting Group in Hong-Kong. Indefatigable, he varies this doctrine in all possible ways. At first, within the consulting firm in which he practices, he likes training its own teams. On top of its marketing and commercial development position, he « helps his consultants to feel completely comfortable with the tools and the procedures, in order to be successful at our customers’ sites. This stage is fundamental to achieve the targets set by our clientele, » he notices. The second variation of his motto, that means so much to him, is the launch of E-learn2grow (http://www.elearn2grow.com/). He has just founded this innovative company with his wife, Katia Frenkel Daoud, who is handling the design, the communication and the finance.

From the e-learning to the tailor-made coaching

This young Hong Kong company develops e-learning, E-classroom training (thanks to a virtual classroom using web based or video conferencing tools) and, also, tailor-made coaching focused on project management, from its scope analysis to its implementation. Based on a strong involvement and relationship between the coach and his trainee, this personalized service doesn’t restrict itself to the experience sharing. It aims to transmit expertise, advice and guidance in order to implement a relevant strategy. Filling a genuine need in Hong-Kong, where the business environment is evolving very fast, the E-learn2grow rise should be placed under the best possible auspices. Quite new, its offer has already attracted multiple customers. The e-learning product design also is attractive. Sold as a licence for 3 months up to one year, it includes a course of different lenghts of time (10, 20 ou 35 minutes), quizzes and a final assessment to confirm the learning level. On the air, the first product to be sold is called : “ Understanding the Financial Technologies”, that is to say “Fintech”. « Everybody is speaking about it, however, few people understand all the stakes, » observes David Daoud, who wished to democratize the topic, « confined to debates between experts. »

The art of the good timing 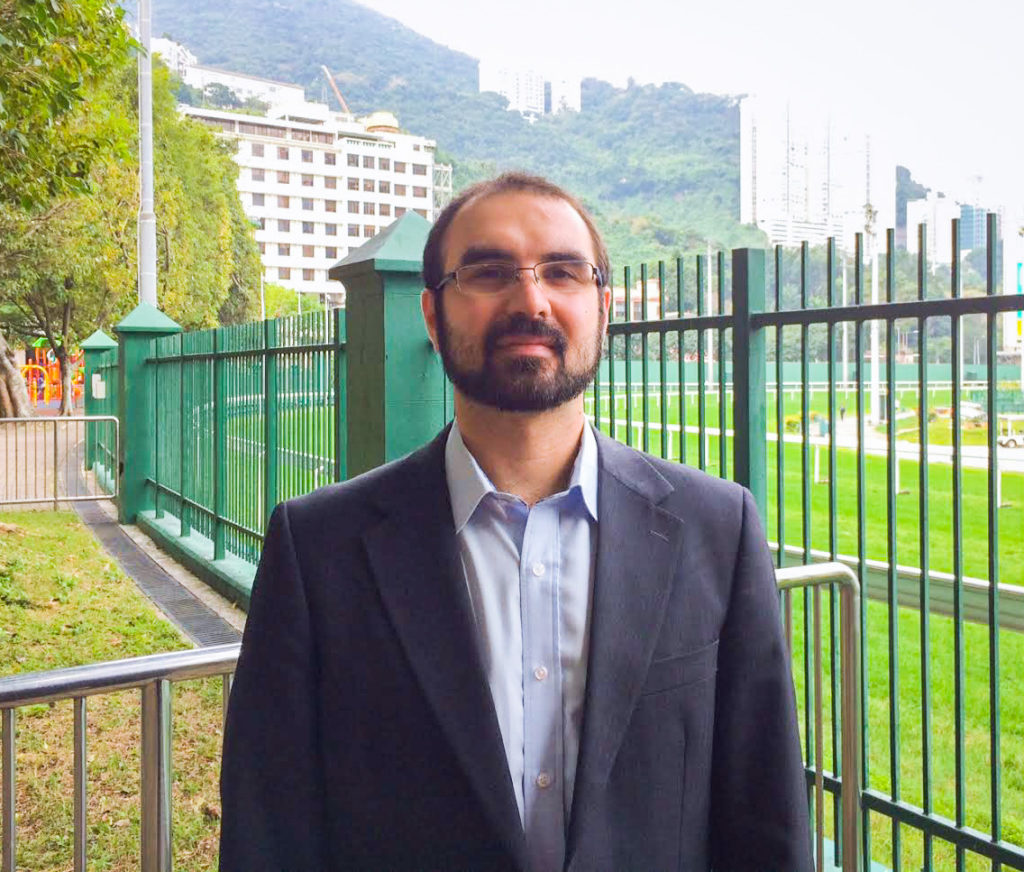 The entrepreneur is entitled to talk rightly about this sector. He is one of the ambassadors of the « Hong Kong French Tech », created in January 2016, in order to federate and support the French corporate dynamism in the field of the new technologies. In that context, David Daoud is moderating a lot of conferences about the « Fintech » evolution. He comments: « At the moment, most of the startups coming from this sector have a very functional and technical vision. However, it is necessary to verify if their products answer a need. I often draw the parallel with “the services to the person” sector. When it bloomed in France, many ideas were springing up all over the place. As a result, numerous companies have been launched. Then, after two years of euphoria, the sector restructured drastically. » Some companies disappeared, others merged, or, were absorbed. The sharp observation of the “Fintech” life stages is a fabulous source of inspiration for David Daoud, learning from it, making right use of it when he is wearing, in his turn, the entrepreneur’s costume. « The most complex thing in a company starting is to know when investing, accelerating its deployment, when spending on advertising. Doing the marketing at the right moment, choosing the good investment timing is the key of success, » stresses the E-learn2grow founder. With this in mind, he recommends to those wishing to build a business to seek a coach, not to ignore the Mentorship program opportunities (numerous in Hong Kong, such as « Supercharger », « Fintech Innovation Lab Asia-Pacific », or Nest.vc, etc.). As for him, David Daoud is taking advice from the LIFE (Lebanese International Finance Executives) network, as a member of the club. Quite rightly, as we must acknowledge that the LIFE Hong Kong team consists of experimented and committed figures in the startups’ expansion.

Benefiting from reliable advice is a trump card, but it is not enough. Besides, it is all the more important to cultivate determination and tenacity qualities, which are, unmistakably, the “trademark” of David Daoud, as his career reflects it. For example, he attended the evening and weekend courses during six years, to get the Master’s degree “Project Management and Business Engineering” from the Conservatoire National des Arts et Métiers (CNAM). What he remembers in particular are the « people who gave me a chance, who helped me to move forward. I began to sell fast food (in 2000) then ties, before joining the Crédit Lyonnais in 2003 and working 7 years with different teams at Crédit Agricole CIB. Later I was recruited at Maltem Consulting (in 2012), which offers me the opportunity to live an international experience. »  This is the way the consultant, who has always considered first “the bright side” of his path in life, settled down in Hong-Kong in March 2014. Today, he is like a duck to water in the busy atmosphere of the Fragrant Harbour, which suits perfectly well those who love taking initiatives.

« I have received a lot during these last years, and, today, I feel the need to give something back, » he also tells. Far from being a talk, this motivation has already been translated into practice, under the form of a strong involvement in the Hong Kong Tabitha Foundation. The purpose is to help the Cambodian poor inhabitants to save their earnings, as supporting them in their houses’ building (in which the members of the charity association participate by travelling on the spot). The Tabitha Foundation also occasionally benefits from the support of Maltem Consulting Group as part of its corporate social responsibility (CSR) policy, like one of Maltem other achievements, the Aldinie Foundation (giving the less fortunate children an access to better health cares and education). If David Daoud knows how to, through hard work and tenacity, make good use of the recommendations which he earns, he knows how to give in return. He is not a man who leaves by the wayside those who are looking for a smart advice.