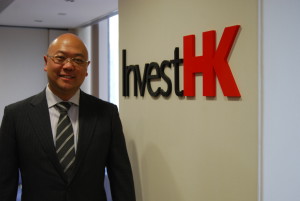 (Available in French) Charles NG comments on Hong Kong’s assets in the financial technologies ( fintech ), as an international financial center and as the front door of the mainland China. He also explains how Hong Kong’s ambition to become a privileged laboratory of technologies is supported by the government.

• What is the Hong Kong positioning in the fintech ?

With its unique position, Hong-Kong has all the ingredients to become a leading fintech platform. At first, because most of the actors susceptible to be directly involved in the financial technologies are present : The Hong Kong Special Administrative Region (HKSAR) is both the international financial center of China and one of the biggest global financial centers.

Its financial services represent more than 16 % of its GDP, as a platform for some 70 of the world’s 100 largest banks, for more than 370 private equity firms, with over 670 hedge funds. All in all, in Hong-Kong, 203 financial institutions (mainly foreigners) supply financing activities.

All the large electronic Chinese business (and payments) platforms are also settled in the HKSAR, among which Alibaba, Taobao, JD.com. This exceptional geographic proximity of Hong Kong is a fertile ground to the exchanges of ideas and to the full scale products’ tests. It can only favor the fast promotion of the western brands towards China and facilitate their entry in the world’s largest e-commerce market across the border. Being the front door of the mainland China is a major asset of Hong Kong, allowing it to rise to the level of a privileged technologies’ laboratory.

Moreover, Hong-Kong benefits from one of the world cheapest and fastest internet broadband, welcoming on its territory all the big international telecom operators (alongside the three largest Chinese operators). On top of that, Hong Kong offers unfettered access to all western and mainland China networks. The proximity to Shenzhen (reachable in 15 minutes by high speed train from 2017), the world capital of the computer hardware, also represents an undeniable supply’s advantage.

• What are the technologies of the future, from a Hong-Kong point of view ?

During the next two years, we will be focused on the fields with the highest growth potential. In particular, we will support the cybersecurity, the networks security, the data privacy. All these technologies have a promising future in Hong-Kong, as well as those associated with the payment, the compensation and the settlement of the online financial purchases.The cloud computing will be propelled to the forefront of the scene, as well as the « big data », the « blockchain » or the digital applications (« apps »).

This fintech deployment applies to all the company’s sizes, the small and medium companies as well as the large companies. Some of the latter are confronted with the necessity of modernizing their approach, in order to avoid a disruption of their traditional business model. These can fully create their own in-house tools and enlarge on the spot their research and development ecosystem. Or, they can choose the cofinancing of upandcomer start-ups, introduced on the Hong-Kong ground.

One has to note that small and medium-sized enterprises (of less than 20 people) are numerous in the HKSAR. They represent 68 % of the companies based in Hong-Kong. There is every chance that it will strengthen. Let us also notice that the number of start-ups has already increased by 46 % during the year.

• Are the infrastructures, dedicated to the fintech expansion, going to be expanded, again ?

Undoubtedly. In three years, the number of coworker’s spaces has increased by 45, whereas 12 have been opened up during the last 18 months, with some of which specifically dedicated to the startups’ incubation or to their acceleration. These various adapted offices are sheltering the entrepreneurs who are benefiting of mentorship programs, sponsored by private actors, coming from financial companies or not. 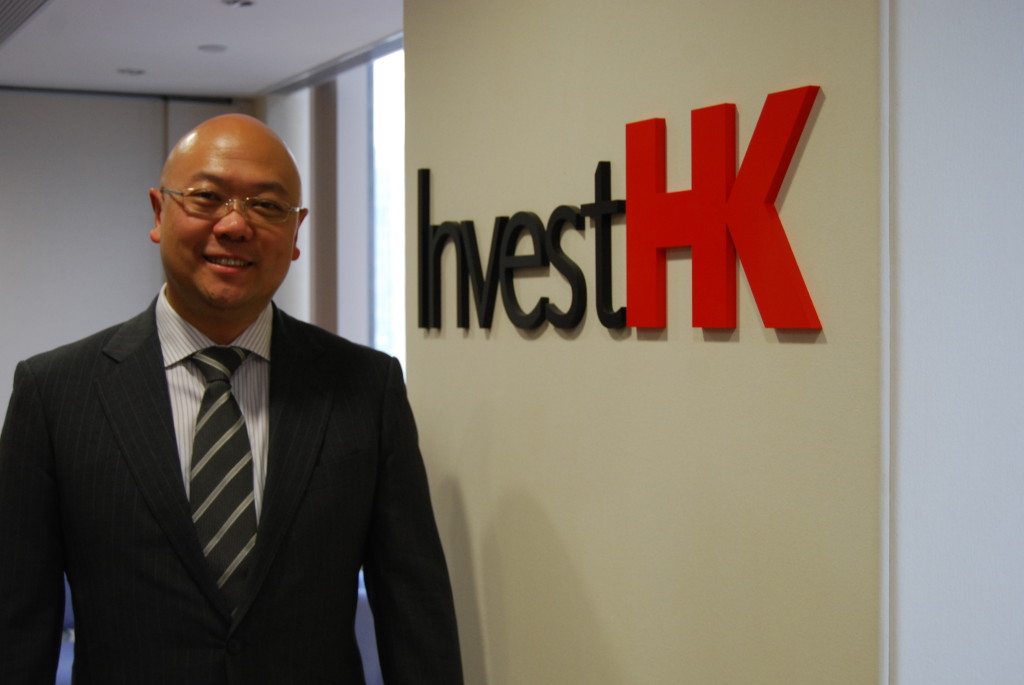 Among them, we count « Supercharger », based to TusPark (Kowloon), sponsored by Standard Chartered, Baidu, TusPark Global Network (TGN) and Hong-Kong Exchanges and Clearing Limited (HKEx). « Fintech Innovation Lab Asia-Pacific », created by Accenture in association with ten financial institutions (among which, HSBC, UBS and Morgan Stanley), is based, as for it, to Cyperport (to Pok Fu Lam) on Hong Kong Island. Further east, at Wan Chai, we find the different desks of Nest.vc, the incubator sponsored by Infiniti, AIA and the Singaporean bank, DBS.

Without forgetting the faculties’ mobilization, along with the coming launch (this summer) of the “Innovation Node”, thanks to the Massachusetts Institute of Technology (MIT). This new cooperation space will involve MIT students as well as researchers. It will, for sure, deepen diverse research and entrepreneurial projects, alongside students from Hong Kong, MIT alumni and entrepreneurs.

Another engine of the fintech infrastuctures’ deployment is the increasing contribution of the HKSAR budget. As for 2016, we plan, for example, to enlarge Science Park (of 70 000 square meters) for an estimated cost of 4,4 billion HK dollars. Also, 3 000 square meters will be attributed to the fintech within “Cyberport Smart-Space”, in order to lead incubation programs for 150 young companies during the coming five years. Furthermore, Cyberport will receive, in addition, 200 million HK dollars to boost investments in its startups.

• How are the fintech funded and financed in Hong-Kong ?

In several ways, thanks to the private sector’s implication, but also thanks to the growing support of the public sector. Now, the fintech have the opportunity to profit from the Innovation and Technology Fund (ITF), from the Innovation and Technology Venture Fund and also from the Cyberport Macro Fund. With these three financing plans, 5 billion HK dollars are available from now on, ready to be invested in companies or in research projects.

The private sector also is encouraged to take part in this adventure. Companies can ask for the “Entreprise Support Scheme » from the ITF, which offers to cofinance (a dollar for a dollar), up to 10 million HK dollars, by research and development (R&D) identified project. The financial institutions and the startups can use this process in order to create new products and services. Those, who obtain this kind of financing, can, besides, register to the « Cash Rebate Scheme », an initiative allowing to receive a cash rebate reaching equivalent to 40 % (against 30 % in 2015) of its expenditure in R&D projects.

It goes without saying that the European investors (companies, « family offices”, capital investors, etc.) are welcome to participate in the Hong Kong fintech blossoming. As an international platform, we are also connecting with the other “pépinières”, just like that of the hall Freyssinet, in Paris.