« Anticipating the continuation of the Renminbi depreciation, the Chinese citizens are trying to invest their savings abroad »

How do you analyze the new restrictions on UnionPay by the Chinese authorities? 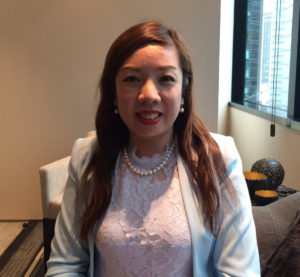 Before midnight, last Saturday (October 29th), mainland Chinese citizens were queuing up in the insurance company offices, upon hearing the news that they won’t be able any more to use their Union Pay debit cards in order to buy Hong Kong or overseas insurance products with investment functions and cash value. From now on, Mainland residents can only use UnionPay cards to buy overseas insurance products related to tourism, including those covering accidents and illness without cash value. These foreign exchange control measures mean that China is fighting at all costs against the capital outflow rise. Anticipating the continuation of the Renminbi depreciation, the mainland Chinese people are always trying to invest their savings abroad, as far as possible. In this context, insurance products sold in the Port of fragrance are among the most estimated investment vehicles. At the end of the first half of 2016, the Chinese people from the Mainland have bought insurance policies from Hong-Kong for a total of 30.1 billion Hong-Kong dollars (3.85 billion dollars) total: This amount represents only a little less than the total amount of Hong Kong insurance products sold during 2015.

Will these measures be effective?

The only resort now of mainland China citizens, who wish to invest their income in overseas insurances, is to use their Visa or MasterCard credit cards, delivered by their Chinese banks… Of course, the transaction costs will be higher. The insurers of Hong-Kong would thus be affected by a certain income loss. In any event, the wealthy people from China are always looking for a way to by-pass the current foreign exchange control, which, in theory, limit their overseas investment capacity to 50 000 dollars a year.

What are your expectations, regarding the Renminbi level?

The Chinese currency depreciation is still on the agenda. The People’s Bank of China (PBOC) is driving this trend gradually, as it needs to support the country exportations and the industrial restructuring. We only have to visit Donngguan, well known for being the former « factory of the world », to understand the extent of the rationalization which is occurring. Thus, the CFETs RMB index basket, which measures the relative strength of the Chinese currency against a basket of 13 currencies (among which the dollar, the euro, the yen, or the sterling), is depreciating. At the same time, the Chinese currency drop against the dollar – interrupted by the uncertainties regarding the American elections – should also go further. Whereas the Southeast Asian currencies have sharply weakened last year, the Chinese authorities have to intervene in order to restore the Renminbi competitiveness.